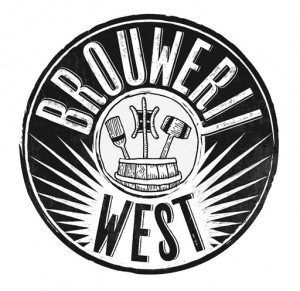 SAN PEDRO, Calif.  Both Craft Los Angeles and Craft San Diego are excited about partnering with Brouwerij West. Brian and his team are making world-class beers, and we feel privileged to expand their distribution by bringing Brouwerij West to our customers,” said Kyle Sartanowicz, general manager of Craft LA and Craft SD.

After years of gypsy brewing across California, founder Brian Mercer and the team at Brouwerij West opened their own production brewery & tasting room in the San Pedro neighborhood of Los Angeles in 2016. Brouwerij West has been building its self-distributed network across most of Southern California and this partnership will amplify the brewery’s ongoing growth by facilitating additional resources and allowing access to corners of the market so far unfulfilled. “Brouwerij West has always maintained the goal of producing phenomenal beers, both traditional and experimental in style, at the highest rate of accessibility,” said Brian Mercer, founder of Brouwerij West. “In order to fulfill that goal, without sacrificing our brand’s standards of service and quality, we partnered with Craft LA and SD to ensure our brand is reaching consumers as fresh as possible.”

Craft LA was looking to strengthen its Southern California portfolio by adding another key brand, and Brouwerij West was a perfect match. Known for incredible quality and branding, Brouwerij West has seen impressive growth in the last few years. So much so in fact, that the brewery’s ability to self-distribute hasn’t been able to keep up with the demand, making the partnership with Craft LA & SD a well-timed decision.

Kyle continued: “Brouwerij West’s success through self-distribution has created a wealth of strong relationships in Southern California, and we are thrilled for the opportunity to expand on that.”

Mercer continued to add: “We strongly believe in the team at Craft LA and SD, especially in their ability to execute the plan we have built. Their track record in Southern California speaks volumes for us. Under Kyle’s leadership, Craft Los Angeles and San Diego have grown to be one of the most reputable distributors in the region. We are thrilled with this partnership. They share our belief in providing top-notch  freshness, quality, and service, and are devoted to bringing the same level of customer service that Brouwerij West has come to be known for.”

Inspired by the past, Brouwerij West brews its beers using traditional ingredients and methods combined with progressive experimentation to produce its own take on IPAs, classic Belgian-Style Ales, Lagers, and more. Brouwerij West’s facility is covered with solar panels and generates more electricity than it uses, while its mash filter-based brewery uses 30% less water than traditional breweries. Their award-winning label designs are unlike anyone else’s in the world, utilizing a proprietary die-cut multi-wrap sticker system. Follow on social media @brouwerijwest.