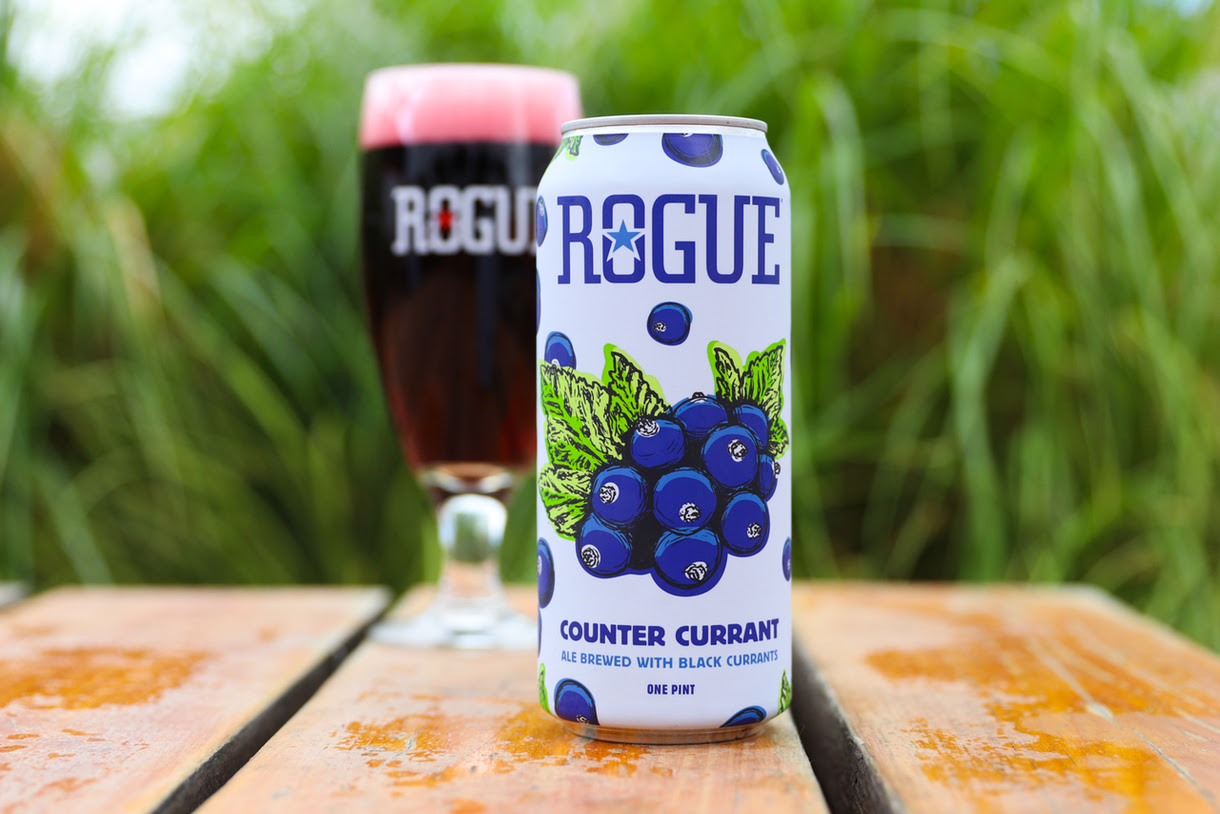 “The berries add layers of flavor to the lightly hopped ale,” says Brewmaster John Maier. “Black currants have a sweet and earthy flavor profile and floral aromatics, which makes this ale a balanced sip with depth of flavor. It’s a great beer to go on your Thanksgiving table.”

Still fairly uncommon in the United States, black currants (also known as cassis) have a cabernet sauvignon-like intensity that is balanced with a strong backbone of acidity and sweetness. This complexity makes Counter Currant food-friendly, just in time for the holiday season.

Counter Currant is available nationally on draft and in 4-pack 16 ounce cans November 2018 through February 2019. Use the Rogue Finder to find it near you. For more information, samples and photography, contact Rachel Morrison.

Rogue Ales & Spirits, the only farmer-brewer-distiller-cooper in the United States, was founded in Oregon in 1988 as one of America’s first microbreweries. Rogue has won more than 1,900 awards for taste, quality and packaging, and is available in all 50 states as well as 54 countries. Proudly rooted in Oregon soil, Rogue’s beers, spirits and sodas are made with ingredients grown on Rogue Farms in the Tygh Valley and in Independence, Oregon. Rogue Spirits are hand-distilled on a 550-gallon still in Newport, Oregon, aged in the thick ocean air of the Yaquina Bay and bottled by hand. Since 2008, Rogue has remained committed to sharing the terroir of Oregon hops, barley, rye, wheat, honey, cucumbers and pumpkins one acre at a time by growing its own.